Our Family Welcomes You. 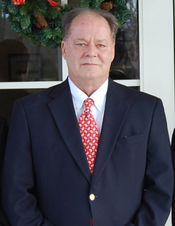 Jerry graduated from Benedictine High School. He attended Belmont Abbey College, and then went on to John Tyler, receiving his degree in Mortuary Science. He has over 40 years of experience in the funeral industry. 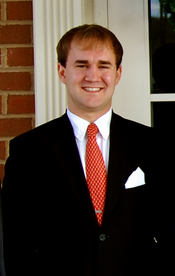 J.P. graduated from Benedictine High School and continued his studies at Radford University, earning degrees in both accounting and corporate finance. J.P. worked in public accounting for 5 years, spending majority of his time in the assurance and advisory/consulting practices of BDO USA, LLP. J.P. heads the financial reporting and general accounting/operations of the funeral home.

J.P. is currently earning his Masters in Business Administration from the University of North Carolina at Chapel Hill's Kenan-Flagler Business School. J.P. is also completing his funeral service requirements to become a licensed funeral director.

J.P. enjoys having the opportunity to follow in his father's, grandfather's and uncle's footsteps in the funeral business. As a second generation, J.P. looks forward to continuing the legacy of the Monaghan Funeral Home. 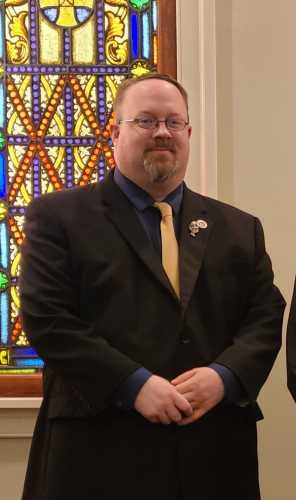 Burt grew up on the North Fork of Long Island and graduated from Southold High School in 1999. Burt relocated to the Richmond area with his sons: Dylan, Christopher, and Nicholas in 2007 and settled in Chester, VA while he pursued his funeral service degree at John Tyler Community College. While pursuing his degree, Burt also served his internship with J.T. Morriss & Son in Petersburg. Burt graduated from JTCC in May of 2011 and passed his state board exam a few months later in July 2011, making him a licensed funeral service provider. It was also during this time that he and his children decided to move to Mechanicsville and put down some roots in Hanover County. Burt took a position with Bennett Funeral Homes in March of 2011 and spent about a year and a half with their Mechanicsville chapel until being transferred to their west end chapel, where he remained  until September of 2014. Burt began working for Monaghan's part time in November of 2014 and came on full time the following month. By July of 2015 he was promoted as the full time manager of the funeral home and became the general manager about a year later. Burt is a dedicated father to his three sons Dylan, Christopher, and Nicholas. He will always be the first to tell you that he's an especially "proud Navy Dad" as his son Dylan is currently serving our country in the US Navy aboard the USS Theodore Rossevelt. While not at the funeral home, you’ll most likely find Burt spending time with his boys, his wife Tammy, his dog Yoshi, and most importantly, his grandkids. Burt Is an avid Yankees, Giants, Knicks, and Rangers (NHL) fan but he has also adopted our Richmond Flying Squirrels and any Lee Davis High School teams. One of his greatest joys is taking his yearly cruise with Tammy every fall. 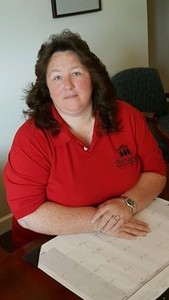 Tammy was born in Jarratt, Virginia but also spent a large portion of her youth in Roanoke Rapids, North Carolina and Emporia, Virginia. She attended Roanoke Rapids High School and later went on to earn a degree in Phlebotomy from Halifax Community College in 1992 and an Associates degree in Early Childhood Education in 2000 from Halifax Community College. After spending many years as a lab technician in the medical field and teaching Phlebotomy at the community college,  Tammy decided to pursue her calling and attended John Tyler Community College. She achieved her dream of earning an associate's degree in Funeral Services in 2011. While at John Tyler she met the love of her life Daniel “Burt” Olsen. Tammy relocated to Mechanicsville in December of 2015 and now shares a home with her husband, and his sons. She is the very proud mother to her daughter, Hayley and her husband Brad, of Mechanicsville, as well as her son, Tommy and his wife Jenilea, of Nelson, VA, and her son, Jesse and his wife Brittany, of Nelson, VA. She considers her most precious role in life as  "Nana" to her grandsons, Jullian, Jason, Jesse Jr., Eli, and Brendan, and her granddaughters, Aubrey, Izzy, Belle, and Luna. Tammy will be serving as our Business Office Manager and as a Licensed Funeral Director and Licensed Pre-Need Director and she is also a Notary Public and available for all of your Notary needs. 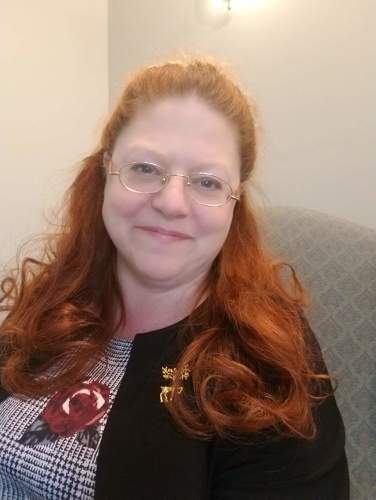 Niely was born and raised in Richmond, VA. Niely comes to us from John Tyler Community College where she graduated with top honors from the Funeral Services program in 2011.  She has raised 2 wonderful children, loves animals, history and old houses, and is currently living in a lovely old house in historic Petersburg.  She began her internship here at Monaghan's in December of 2018 and passed her state board exam in July of 2020 making her a licensed funeral director.  In her off time, she enjoys historical re-creation, enjoying the fluffballs she calls cats, and restoring her historic Petersburg home. 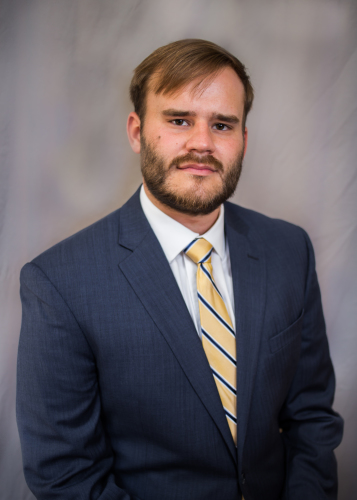 Thomas was born and raised in Mechanicsville, graduating from Benedictine High School in 2014. Following high school, he went to the University of South Carolina to receive his degrees from the Darla Moore School of Business in Finance and Insurance/Risk Management. Feeling homesick, Thomas comes to us by way of the Fox News Channel in Washington, D.C. where he was a financial analyst for multiple shows and the Washington D.C. Bureau itself. While with Fox, Thomas was heavily involved in the financial decision-making and reporting within the D.C. Bureau. Thomas is currently working on earning his Mortuary Science degree from Des Moines Area Community College in order to continue the Monaghan roots in funeral service in central Virginia like his father and grandfather. In addition to schooling, he has also began his funeral service internship  to become a licensed funeral director. When he is away from the funeral home, Thomas spends most of his time with friends playing golf, watching sports, or going to concerts. He is a diehard South Carolina Gamecocks, Washington Nationals, New York Giants, and Chicago Bulls fan. He also really enjoys taking trips with his family down into southwestern Virginia to camp and trout fish. 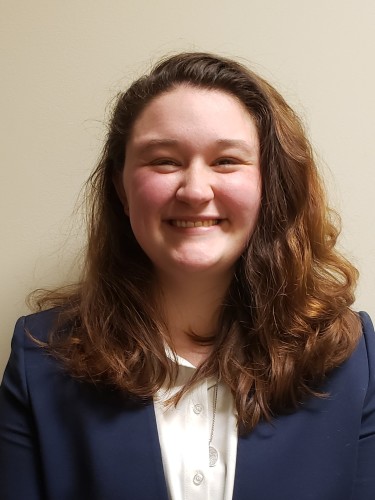 Chandler was born and raised in Hanover, Virginia as an only child. Being a part of the Monaghan family, she always had an interest in the funeral industry. Along with her loving father ‘Bebe’, she shares her home with two wonderful dogs, Clementine and Luna. After graduating from Hanover High School with an advanced diploma, Chandler attended Emory and Henry College briefly in 2019 before realizing her calling was in the family business. With a few years in the veterinary industry under her belt, she is very compassionate towards people, animals, and all living things. She is currently enrolled in John Tyler Community College's funeral services program and is looking forward to what is coming next! Some of her hobbies include sketching, photography, and equestrian sports (12 years and counting). Chandler began her internship at Monaghan in January 2021, where she has already learned so much about the field under the guidance of her Uncle Jerry and our General Manager Burt. “I believe a friendly face and a warm personality is what people need in their time of need,” she says quite frequently. Chandler is currently the ‘youngin’ of Monaghan's serving as a funeral service intern. 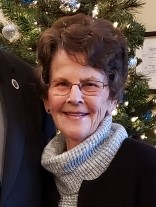 Pat Hinton was born in Greensboro Pennsylvania and has spent most of her professional life in the nursing field. During her travels through life she eventually met the love of her life, Dan Hinton in Maryland, just 10 days prior to his discharge from the United States Army. In 1967 the couple decided to return to Dan’s hometown and settled right here in Mechanicsville, VA. Together, Pat and Dan raised their son Danny and their daughter Amy, both of whom still live in Mechanicsville. She is the proud MaMaw to a granddaughter, 3 grandsons, and a grandson in heaven. On April 3, 2017 her best friend and beloved husband joined their grandson Elliott as an angel in heaven just 3 months shy of their 50th anniversary. It was through the loss of her beloved husband that she met the staff at Monaghan Funeral Home. She quickly became like a member of the Monaghan Funeral Home family with her frequent visits and many long talks about life and loss. With all of her years of experience in helping others through nursing, and the wonderful relationship forged through all of her visits, we thought it was only natural to invite Pat to join our staff in February of 2018. She gladly accepted the position and joined us as a funeral assistant and lobby attendant where she has the privilege of using her own experiences with loss to help others through their own grieving process. In her spare time, Ms. Pat (As we all refer to her) is an extremely active member of St. John’s Catholic Church in Highland Springs. She also enjoys a good cheese burger followed by a FRESH slice of cheese cake once in a while. 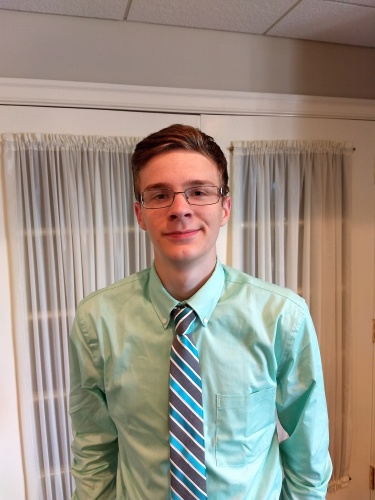 Chris is the middle child of our general manager, Burt Olsen and our office manager, Tammy Olsen. Chris is a 2021 graduate of Mechanicsville High School (formerly known as Lee Davis High School)  and has been a funeral assistant with us for a few years now. Christopher is a very active young man as he is currently in his first year at the Virginia Military institute. Prior to matriculating to VMI he earned his EMT certification through a cooperative with Hanover High School in 2020 where he also obtained his firefighter certification in 2021 earning dual certification in Fire and EMS through the Hanover County training academy. He is currently majoring in biology at VMI and intends to become a commissioned officer and join his big brother, Dylan, in the United States Navy as a physician. Christopher has a passion for aviation and has actually been taking flight lessons since he was 13 years old! He is a former flight student at Heart of Virginia Aviation at the Hanover County airport in Ashland. He hopes to have his pilot's license at some point in the near future. He is also an avid "online gamer" and has even built a few computers on his own. 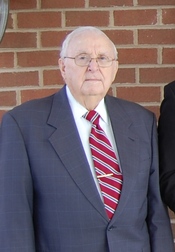 "In Memory of Ernest Terry" 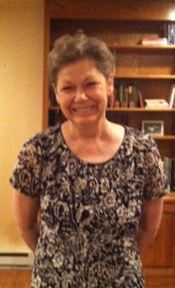 "In Memory of Kim White" 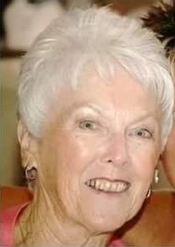 "In Memory of Mary Ellen Rotella"

If a Death has Occurred

If a Death has Occurred