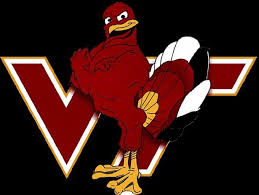 DELLINGER, Robert “Bob” 66, passed away Saturday, December 26, 2020. He was preceded in death by his brother, Joseph Dellinger. Bob is survived by his wife of 43 years, Sandra Burnette Dellinger; his daughter, Leslie Dellinger; his parents, Darel and Dorothy Dellinger of Conover, NC; a sister, Martha Barber (Joe); a niece, Christie Glysson (Scott); and two nephews, Andrew Barber (Natalie) and Michael Barber. Bob was born on May 24, 1954 in Washington, DC. He graduated from Virginia Tech, and lived most of his life in northern VA, before retiring to Mechanicsville. He was a quiet family man, but enjoyed his friends and his computer, where he spent many hours playing World of Warcraft. In lieu of flowers, donations can be made to the American Heart Association or the American Diabetes Association. A celebration of life service will be held at a later date.

To send flowers to the family or plant a tree in memory of Robert "Bob" Dellinger, please visit our floral store.

You can still show your support by sending flowers directly to the family, or by planting a memorial tree in the memory of Robert "Bob" Dellinger
Share a memory
© 2021 Monaghan Funeral Home and Cremation Services. All Rights Reserved. Funeral Home website by CFS & TA | Terms of Use | Privacy Policy