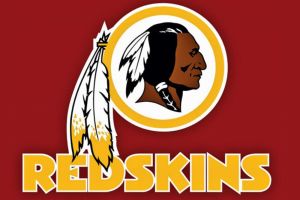 Martin, Drew, 56 of Aylett, VA entered eternal rest, Friday, September 24, 2021. He was preceded in death by his father, William Samuel Martin; a brother, William Martin; his mother and father-in-law, Jerry and Mary Stack; and two great nephews, Easton Roy Shepherd and Henry Michael Wawrzyniak. Drew is survived by his beloved wife of 30 years, Michele Martin; five children, Matthew Martin, Rachel Martin, Mary Norman (Sam), Samantha Martin (fiancé Aaron Cox), and Noah Martin; his mother, Grace Martin; his siblings, Cynthia Futrell (Bob), Paul Martin, and Chris Martin (Diane); brother-in-law, Jerry Stack, Jr. (Susan); sister-in-law, Susan Wawrzyniak (Karl); nephews, Brad Futrell, Jason Wawrzyniak (Crystal), Adam Wawrzyniak, Jacob Stack, and Jeff Stack; nieces, Amanda Shepherd, Katie Stack, and Kelly Franklin-Clark (Derwin);  2 great nieces,  Madalyn Mae Wawrzyniak and Mia Faith Shepherd; a great nephew, Maddox Jay Wawrzyniak; his best friend of over 40 years, Steve Newman; and many other relatives and friends. Drew was a long-time employee of King William County Schools. He enjoyed watching football and was an avid poker player. He was a kind and giving man who knew everyone and was always willing to lend a helping hand to anyone in need. He was a hard worker and a devoted family man who was always there for his children. He was a loving husband who deeply cherished his beautiful wife. He was her best friend, soulmate and the other half of her heart and will be greatly missed. A graveside service will be held, 11 am, Wednesday, September 29, 2021, at Hanover Memorial Park, 4447 Mechanicsville Turnpike, Mechanicsville, VA 23111. In lieu of flowers, donations can be made to Randolph Macon College.

To send flowers to the family or plant a tree in memory of Drewry "Drew" Montague Martin, please visit our floral store.