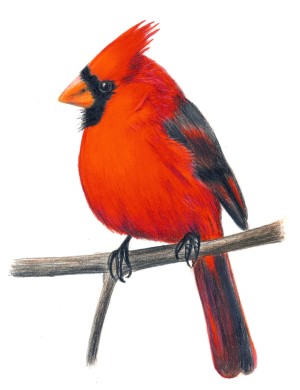 Larkin, Catherine Frances Attanasio “Kaye,” 97 of Mechanicsville, Virginia, went to be with the Lord on Wednesday, March 10, 2021. She was preceded in death by her husband of 54 years, Michael Joseph Larkin; her parents, Harry and Catherine Attanasio; brothers, Carmine and Harold; and sisters, Theresa, Lucille, Hazel, Harriett, Blanche, and Joan. She is survived by her son, Peter Larkin, and his wife, Susan, of Roanoke; her daughter, Hazel Rice, and her husband, Tommy, of Mechanicsville; her son, Sean Larkin, and his wife, Robin, of Mechanicsville; grandson, Nelson Rice and his wife, Alexis, of Mechanicsville; grandson, Justin Larkin, of Roanoke, and his girlfriend, Rachel Dougherty, of Centreville; grandson, Patrick Larkin, of Mechanicsville; great-granddaughter, Ada Harper Rice; sister, Lillian Ripatrazone, and her husband, Michael, of Whippany, N.J.; sister-in-law, Carmella Attanasio, of Hillside, N.J.; brother-in-law, Thomas Larkin, and his wife, Jean, of Rockaway, N.J.; and numerous nieces, nephews, Godchildren, beloved friends, and caring neighbors. Kaye was born in Newark, N.J., on March 31, 1923. Growing up with nine siblings during the Great Depression and throughout her life of nearly a century, she experienced some of the most trying times and witnessed some of the greatest triumphs in modern American history. As a teenager, Kaye ironed clothes for other families in Newark to help provide for her family. She went on to work in a powderpuff factory, as a telephone operator, and finally as a secretary for Vita-Var Paints Corporation, where she met Michael. She devoted her life to taking care of her immediate and extended family. Kaye also treasured her enormous circle of friends. She readily expressed thanks for the multitude of blessings she received from God and was committed to the Catholic faith. The family wishes to express its deepest gratitude to the physicians, nurses and staff of the Critical Care Unit, Hospice and Chaplain’s office at Bon Secours Memorial Regional Medical Center in Mechanicsville for Kaye’s care throughout her final days of life. Their compassion and excellence were deeply heartfelt and priceless. The family will receive friends from 11 am – 1 pm, Saturday, March 13, 2021, at Monaghan Funeral Home, 7300 Creighton Parkway, Mechanicsville, VA 23111, where a funeral service will be held immediately following at 1:00 pm. Interment will follow at Hanover Memorial Park, 4447 Mechanicsville Turnpike,  Mechanicsville. In lieu of flowers, donations may be made to the Bon Secours Foundation (www.bonsecours.com) to benefit the health system’s community care services in Mechanicsville; or the National Audubon Society (www.audubon.org) to help the preservation of Kaye’s favorite bird, the Northern Cardinal.

To send flowers to the family or plant a tree in memory of Catherine Frances (Attanasio) Larkin, please visit our floral store.