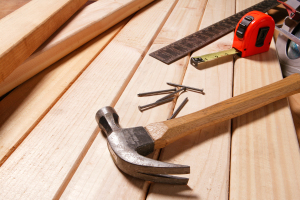 PAULEY, Sr., Robert S.; 64, of Mechanicsville, VA, went to be with the Lord, Wednesday, November 20, 2019. He was preceded in death by his parents, Roy and Siegrid Pauley and an infant brother, Chester. Robert is survived by his sons, Robert Jr, James (Danielle) and Andrew (Amber); one grandson, Sebastian; five siblings, Margaret, Hilda, Leonard, Lillian and Buddy, the mother of his children, Lynne Pauley; his precious fur baby, Victoria; and many other family and friends. Robert owned and operated his own roofing business with his sons. In his prime, he was one of the fastest roofers in the world. He was extremely proud of his children and would do anything for them. He often stopped by to check on his sons and grandson. He was a talented softball player, and later in life became an accomplished pool player; earning him many trophies. He had an affection for tractors and chain saws. Being such a good neighbor, he would use his tractor to plow snow, and move debris and other things for his friends in need. He would give the shirt off his back for those who needed help. Robert enjoyed hunting, fishing and especially gardening. As his health declined, and he could no longer garden, he took up playing pool with much success. Another love of Roberts was his dog, Victoria. He would take her hunting and cause all kinds of trouble and stress. She would be barking up a tree all night until he would shoot the animal out of the tree where she had cornered it. Victoria cause him much stress but brought much joy into his life over the years. The family would be honored if all those who considered Robert a friend would join them to celebrate his life at a Memorial Service, Monday, November 25, 2019 at 2 pm, Monaghan Funeral Home, 7300 Creighton Pkwy. Mechanicsville, VA 23111. After the service, the family will receive friends for a time of fellowship and reception until 6 pm.