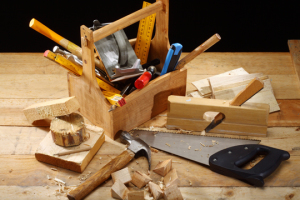 LEIMBERGER, Floyd Franklin (Frank), 80, of Mechanicsville; was called to his Heavenly home on November 17, 2019. He was proceeded in death by his parents, Ralph and Dora Leimberger, and his brothers Herman and Ralph “Mickey” Leimberger.  Frank is survived by his loving wife of 53 years, Carolyn; sons, Daniel (Chris) and Mark (Alyssa); 4 grandchildren, Cash & Cruz (Daniel) and Ben & Ellie (Mark); one cousin, Hazel Stewart; 3 nephews and 2 nieces. Growing up in Chester, VA, Frank learned to build race cars with his older brothers and loved the racing circuit in Central Virginia where they experienced great success. Later, Frank and his brother Mickey co-owned Leimberger’s Auto Repair in Chester, VA for 32 years.  He was a hard worker and always treated his customers with honesty and respect.  Frank loved history and war memorabilia and enjoyed exploring Virginia’s museums. As a founding member of Hanover Evangelical Friends Church, Frank was the first Sunday school superintendent and drove the church bus on Sundays to gather area kids and bring them to church.  He was a man of great faith and kindness and was often described as a “gentle giant”. He trusted Jesus every day of his life and often remarked how good the Lord had been to him.  He believed in the power of prayer and never went a day without praying for his children and grandchildren.  He enjoyed woodworking as a hobby and personally made many of the large wooden crosses seen in the Mechanicsville area as a testimony to his savior. Frank’s faith remained strong until the very end. He consistently acknowledged that God was able to heal his body and maintained his resolve to praise his God regardless of the outcome of his disease. The family will receive friends, Thursday, November 21, 2019, from 4 – 7 pm, at Monaghan Funeral Home, 7300 Creighton Pkwy., Mechanicsville, VA 23111. A funeral service will be held, Friday, November 22, 2019 at 10 am, at Hanover Evangelical Friends Church, 6420 Mechanicsville Turnpike, Mechanicsville, VA 23111, with a reception to follow at the funeral home.  A private interment will take place at Hanover Memorial Park. In lieu of flowers, donations can be made to The Gideons International, PO Box 83, Sandston, VA 23150.

To send flowers to the family or plant a tree in memory of Floyd Franklin "Frank" Leimberger, please visit our floral store.